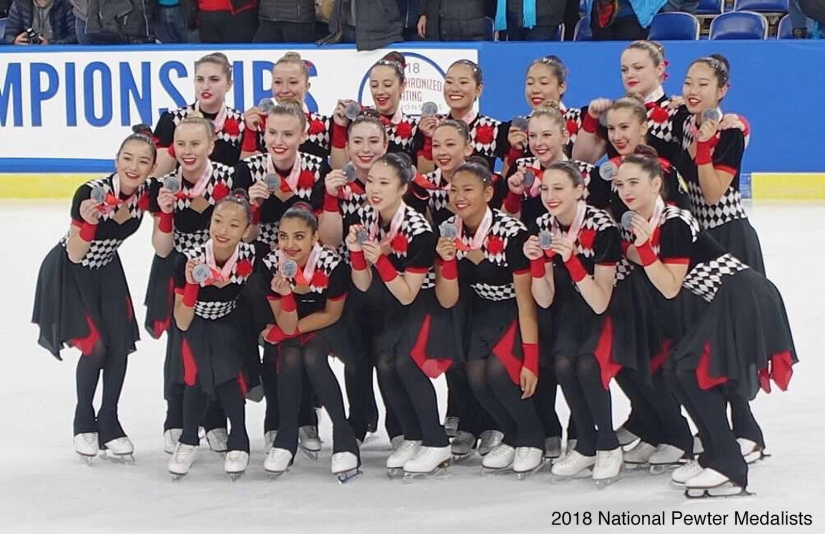 Team del Sol Intermediate competes in the fourth-highest synchronized figure skating IJS level. This is one of the most competitive divisions within synchro at the national level. These athletes range in age from between 13 to 17 years old. The team has consistently been one focused on being strongly competitive within the division, and as always, progressively learning those skills required to move into higher levels of competition. Our intermediate team has received numerous Sectional and National titles. Intermediate Team del Sol impressively began to dominate the division starting in 2008, obtaining the Silver medal at the National Championship Competition; subsequently, the team earned Bronze in 2009, Gold in 2010, Pewter in 2011, Gold in 2013, Pewter in 2017 and Pewter in 2018. The Intermediate Team is one of Team del Sol’s most successful to date.