Karen is the director of Synchronized Skating for the San Diego Figure Skating Club.  Born and raised in Montreal Canada she has been fortunate to foster her passion for synchronized skating in sunny California. Karen has coached national and international synchronized teams for the past 35 years.  In 1990 she earned her master rating in synchronized team skating from the PSA. In 2004 she was selected by USFS to train as an ISU Technical Specialist. Since that time her knowledge and love of the sport has broadened to the international circuit where she has officiated for international and world championships for the discipline she loves.

Lyne is a native of Montreal, Canada, is a 30-year veteran in figure skating and coaching, and is a world-renowned choreographer. She has coached the Canadian teams Les Pirouettes and Les Supremes in both the Junior and Senior divisions. She has had significant success within the each, with eight National titles and multiple medals from different international competitions, including two silver medals and one bronze medal from the World Cup in 1996, 1997, and 1998 with Les Pirouettes Senior. Moreover, in 2003, coaching Les Supremes, her team earned a bronze medal at the World Championships in the Senior division; in 2007 her Junior team won the silver medal at the Junior World Cup. Lyne currently coaches the Canadian National Senior team, Meraki, in Toronto.

Benoit Venne is a highly experienced coach, having worked in all disciplines of skating for over three decades. He is a course conductor for Skate Canada, certifying coaches in Levels I-III. As well, he coached Les Supremes Seniors Synchronized Skating team for many years, including the world championship bronze medal awardees in 2003, encompassing a top finish in the short program. Benoit’s junior and senior teams were for many years within the top six worldwide, and top 2 teams in Canada. He is actively sought after by and has choreographed many synchronized skating teams internationally, including in the USA, Switzerland, France and Germany.  He oversees many workshops within synchronized skating, including stroking, exercises and mental preparation.  Benoit also serves as the artistic director for a number of skating clubs and ice shows. He has been working with Team Del Sol on programs for more than 10 years, at a number of levels, from juvenile to novice. 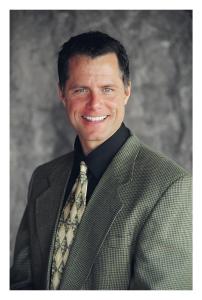 an Diego Native; Bob has been involved in figure skating for 31 years. Competed 7 consecutive years nationally and internationally for Team USA in the Pairs discipline while working with world coaches, John Nicks, Frank Carrol & Irina Rodnina.   After a few years touring with Robin Cousins and performing locally at Sea Worlds “Summer Nights”, Bob started coaching young skaters in local, regional, sectional & national competitions.   His passion transcended into the love of creating the total look of a skater by way of music & costume selection combined with a seamless choreographed program. Since, Bob has been given the opportunity to work with his longtime friend Karen Wiesmeier and her synchro teams to bring a bit of creative wittiness, optimism & musicality to the forefront.

Justin is a San Diego Native and 20 year member of the San Diego Figure Skating Club.  At the age of 18, Justin moved from San Diego to Artesia, CA for six years to continue his pairs training with internationally-renowned coaches Peter Oppegard, Karen Kwan Oppegard, and Naomi Nari Nam. He is a Sectional Medalist and National competitor in the Pairs discipline. He was a Senior coach while training in Artesia at Michelle Kwan’s East West Ice Palace and he is currently a Senior coach in San Diego, working with competitive skaters of all levels on and off the ice. His passion is studying and applying the physics of jumps, spins and lifts to enhance the skaters’ performance. He enjoys the opportunity to apply his knowledge to help Team del Sol skaters to execute lifts and pair spins in their programs. In 2013 Justin broadened his skill set by earning a certification as an Emergency Medical Technician (EMT).